Peppers' first hot sauce, "Dewey Beach Fire", came out in the early 80's and has now been joined by over 200 other sauces and rubs under five different brand names. Peppers has since accumulated over 200 national and international sauce awards and championships. Peppers' cooking team members have also won The Delaware State Championships of wings, salsa, ribs, chili and bloody marys, as well as the American Royal Pulled Pork World Championship. "The Ice Cream Store" has also won the NYCRA world's best new ice cream championship.

Peppers' owner, Chip, has been featured on the TV Food Network, the Cooking Channel, Good Morning America and numerous other national and regional TV shows!

To view Peppers' catalog of products, please fill out the form below, and you will be redirected to their catalog. Submitting this form helps us help you. 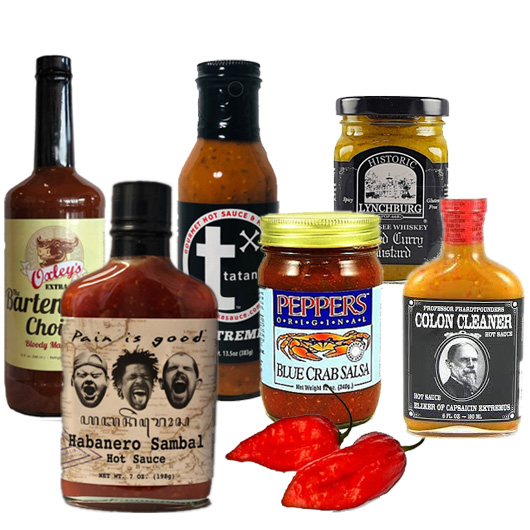